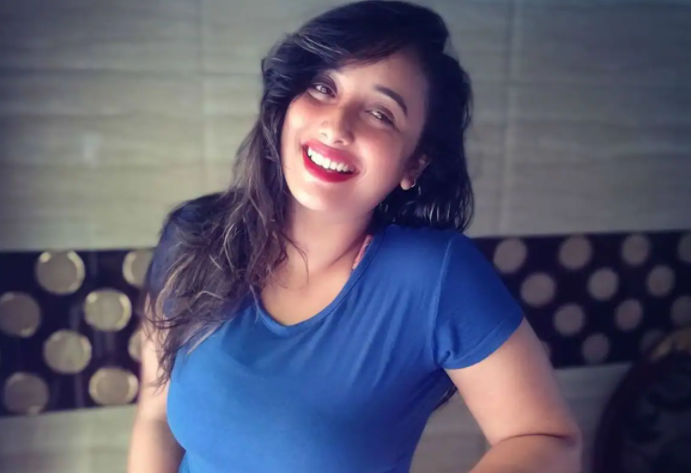 In this post, we will share with you the information related to the biography of Bhojpuri cinema’s ravishing actress Rani Chatterjee.

Rani Chatterjee is also an Bhojpuri actress, model and a great dancer, besides she has also been an anchor in many reality shows. Rani has been working in Bhojpuri cinema for a long time and has also won many awards on her own.

We will give you   all the information related to Rani Chatterjee Biography, Age, Height, Family and will tell you some things related to the life of the queen, which you may not have heard about.

Rani Chatterjee was born on 3 November 1989 in Mumbai Maharashtra. He did his schooling from Tungareshwar Academy High School, Vasai and after this he graduated from the University of Mumbai. He had dreams of becoming an air hostess from childhood.

When Rani was in class 10, she acted in Bhojpuri film in- laws with Bhojpuri actor Manoj Tiwari. Rani’s acting in this film was liked by the people and the film was a big hit. Gradually, he got offers from Bhojpuri films.

Rani has made most of the films a hit in her own name and has made more than 50 new actors to debut in her films.

Many people do not know that the real name of Rani is not Rani Chatterjee but how Sabiha Sheikh became. His first film was a scene during the shooting of Sasura Bada Pisa Vala, in which he had to shoot a song in the temple of Bholenath.

During the shooting, media persons and temple people asked the name of heroin, the director felt that if heroin was a Muslim, if the real name was told, then the shooting could stop. The director told Rani that for today your name is Rani, which was her name in the character of that film. The director described her name as Rani.

After the success of the film, he felt that the name Rani was lucky for him and changed his name to Rani Chatterjee forever.

There is not much information about Rani’s parents. He has a brother named Sameer.

Rani is not married yet and is not currently in a relationship with anyone. Her name was associated many times with Ravi Kishan, Pawan Singh and Khesari Lal, but she was just runoff.

Some facts related to Rani Chatterjee